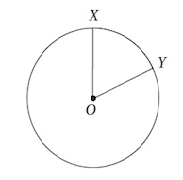 This passage is excerpted from the 1854 book Walden by Henry David Thoreau, which details Thoreau's experience living in a cabin alone for two years.

I think that I love society as much as most, and am ready enough to fasten myself like a bloodsucker for the time to any full-blooded man that comes in my way. I am naturally no hermit, (5) but might possibly sit out the sturdiest frequenter for the bar-room, if my business called me thither.

I had three chairs in my house; one for solitude, two for friendship, three for society. When visitors come in larger and unexpected (10) numbers there was but the third chair for them all, but they generally economized the room by standing up. It is surprising how many great men and women a small house will contain. I have had twenty-five or thirty souls, with their bodies, (15) at once under my roof, and yet we often parted without being aware that we had come very near to one another.

One inconvenience I sometimes experienced in so small a house, the difficulty of getting to a (20) sufficient distance from my guest when we began to utter the big thoughts in big words. You want room for your thoughts to get into sailing trim and run a course or two before they make their port. The bullet of your thought must have (25) overcome its lateral and ricochet motion and fallen into its last and steady course before it reaches the ear of the hearer, else it may plow out again through the side of his head. Also our sentences wanted room to unfold and form (30) their columns in the interval. Individuals, like nations, must have suitable broad and natural boundaries, even a considerable neutral ground, between them. I have found it a singular luxury to talk across the pond to a companion on the (35) opposite side. In my house we were so near that we could not begin to hear—we could not speak low enough to be heard; as when you throw two stones into calm water so near that they break each other's undulations. As the conversation (40) began to assume a loftier and grander tone, we gradually shoved our chairs farther apart till they touched the wall in opposite corners and then commonly there was not room enough.

My "best" room, however, my withdrawing (45) room, always ready for company, on whose carpet the sun rarely fell, was the pine wood behind my house. Thither in summer days, when distinguished guests came, I took them, and a priceless domestic swept the floor and dusted the (50) furniture and kept the things in order.

If one guest came he sometimes partook of my frugal meal, and it was no interruption to conversation to be stirring a hasty-pudding or watching the rising and maturing of a loaf of (55) bread in the ashes, in the meanwhile. But if twenty came and sat in my house there was nothing said about dinner, though there might be bread enough for two, more than if eating were a forsaken habit; but we naturally practised (60) abstinence; and this was never felt to be an offence against hospitality, but the most proper and considerate course. The waste and decay of physical life, which so often needs repair, seemed miraculously retarded in such a case, and the vital (65) vigor stood its ground. I could entertain thus a thousand as well as twenty; and if any ever went away disappointed or hungry from my house when they found me at home, they may depend upon it that I sympathized with them at least. So (70) easy it is, though many housekeepers doubt it, to establish new and better customs in the place of the old. You need not rest your reputation on the dinners you give.

As for men, they will hardly fail one (75) anywhere. I had more visitors while I lived in the woods than at any other period in my life; I mean that I had some. I met several there under more favorable circumstances than I could anywhere else. But fewer came to see me on trivial business. (80) In this respect, my company was winnowed by my mere distance from town. I had withdrawn so far within the great ocean of solitude, into which the rivers of society empty, that for the most part, so far as my needs were concerned, only the finest (85) sediment was deposited around me.

1. The main narrative point of view in the passage is of

(A) a man adjusting to life in a big city after growing up on a farm.

(B) a discussion of visitors to a small house away from city life.

(C) a sailor discussing the pond on which he grew up and how it affected his friendships.

(D) a man discussing the potential of big thoughts and their need to be expressed.

2. In the context of the passage, the phrase "as when you throw two stones into calm water so near they break each other's undulations," (lines 37–39) is best described as

(A) a reference to the author's childhood days when he threw stones into a lake.

(B) an analogy used to elaborate on a previous statement.

(C) a way to expand on the reasons national boundaries are always changing.

(D) a reason that the author and his companion had to continually move their chairs to be heard.

1. Answer: (B) The main narrative point of view in this passage is from a man who is living in a house near a pond (as evidenced by his statement "I have found it a singular luxury to talk across the pond"), which is near the woods (as noted when he says..."the pine wood behind my house"). Choice (A) is incorrect because the narrator is not in the city. Choice (C) is incorrect because there is no evidence that the author was a sailor. Choice (D) is incorrect because, while the author does discuss thoughts in the third paragraph, it is not the main subject discussed by the man in the passage. Therefore, (B) is the correct answer.

2. Answer: (D) The author says that big thoughts must have room to move around before being heard. He says that he enjoys talking across the pond because there is enough room for thoughts to be heard . There is no evidence in the passage that the big thoughts need to be violent, so eliminate (A). Eliminate (B) because the author does not state that big thoughts need to break out of the receiver's head, only that they could if they are not given enough time to develop. Choice (C) is incorrect because it is too far from the text. The author is not literally saying that thoughts need more time to reach the hearer. Since (D) most closely matches the text, it is correct.

3. Answer: (A) The author notes that the ideas need to bounce around and settle, or they will plow and push their way out of the listener's head. Therefore, (A) is the correct answer because it matches the prediction from the text, and the other answers do not.

After reading the passage below, choose the answer to each question that most effectively improves the quality of writing in the passage or that makes the passage conform to the conventions of standard written English. Many questions include a "NO CHANGE" option. Choose that option if you think the best choice is to leave the relevant portions of the passage as it is.

The speakers of what has come to be known as (1) Appalachian English has used a form of English that few can explain. Many scholars believe Appalachian pronunciation comes from Scots-Irish immigration, but (2) some theorizes that this dialect of English may be closer to what Londoners spoke in Elizabethan times. Trying to understand these changes (3) demonstrate that although we all technically speak English, we speak very different languages indeed.